A college professor of mine once said, “Rational consumers only exist in economics textbooks.” While I cannot remember which of my professors offered up this wisdom, the quote has stuck with me nonetheless. As humans we are inherently irrational, impassioned, and impulsive at times when making decisions. One recent example of an irrational and impulsive decision I’ve made was to purchase a season pass to a ski resort—having never skied a day in my life—as that was what my friends were doing. My fear of missing out (“FOMO”) clouded my rationality as I certainly was not maximizing my expected utility by committing a reasonable sum of money with no guarantee I would enjoy my time on the mountain. Fortunately for me, I found skiing to be extremely enjoyable. Snowboarding, not so much. Regardless, upon reflection there was a behavioral bias in the form of FOMO that impacted my decision making. Behavioral influences, such as FOMO, are not limited to our consumption decisions as individuals, but extend into how we invest as well. The remainder of this post will focus on a few of the many behavioral biases in investing.

Herding is one of the simpler behavioral biases to understand and relates closely to the experience of FOMO described above. Humans have a tendency to follow trends, or the herd, in many facets of life, all in an effort to not be left behind. It’s this same concept that allowed for mullets and fanny packs to have their moment. With regard to investing, this results in investors buying as prices are rising and selling as prices are falling, irrespective of other information the investor may have on the investment. While markets tend to be efficient and price movements driven by fundamentals and available information, herding may be an explanation for over- and under-reactions in the markets to new information.

It’s recent enough to remember the buzz and excitement around Bitcoin in 2017, when CNBC had a near around-the-clock graphic tracking its price. However, unless you bought in early, it was unlikely you became a Bitcoin Millionaire, as the market eventually corrected.

It’s one of the biggest clichés in sports: “I hate losing more than I like winning” or some variation of the phrase. Despite how worn out this saying may be, for many individuals, it remains true. It’s why one might buy insurance to protect against large, yet unlikely, future losses and can explain why an individual may avoid an otherwise profitable activity to avoid paying additional taxes.

Developed by Amos Tversky and Daniel Kahneman in 1979, the concept of loss aversion falls under their larger work on prospect theory. As defined by Aurora Harley in her summary article on the topic, “prospect theory describes how people choose between different options (or prospects) and how they estimate (many times in a biased or incorrect way) the perceived likelihood of these options.”[1] To illustrate prospect theory, consider the following examples:

Example 1: You have the option to either:

Example 2: You have the option to either:

While the expected value in either example is the same for both choices, it is likely you chose “A” for example 1 and “B” for example 2. Example 1 demonstrates risk aversion and the preference for certainty when it comes to gains rather than taking on additional risk. On the other hand, choosing “B” in example 2 would be risk-seeking behavior and instead illustrates loss aversion.

This concept extends to investing. Investors tend to have a greater emotional response to losses than they do to similar gains. Kahneman estimates the ratio of emotional impact is around 2 to 1.[2] As humans, we seek to minimize losses where possible, which may lead us to sub-optimal portfolios and trade decisions, particularly when markets become volatile.

The last of the psychological biases in investment behavior is something we all can be guilty of, overconfidence. In a 2015 speech, Dr. Daniel Crosby illustrated overconfidence bias by asking the audience a series of questions to determine if they considered themselves above average in the following areas: looks, sense of humor, intelligence, and investing. He concludes this by stating:

Clearly, it is impossible for 85% of people to be better than average. With regard to investing, this overconfidence extends to individuals believing they can pick the correct stocks or managers to beat the market. While confidence and conviction in investing is important, overconfidence can lead to attempts to time the market and increased trade volume which come with associated trading costs.

Herding, loss aversion, and overconfidence are only a few of many behavioral biases that exist in investing. It should also be noted that these biases are not mutually exclusive. Hypothetically, an overconfident investor may move into a riskier asset that is rising in an effort to avoid portfolio losses. The sum of these parts leads to less than ideal results. The average investor tends to underperform the markets.[4] Behavioral biases tend to play an outsized impact on this underperformance as investors emotionally react to market news. Brad Sherman provides a nice graphic of how this emotional experience may play out for an investor in his article on common biases for Investopedia.

To conclude, it is important to recognize that we as humans are not immune from irrationality. Taking a step back to look in the mirror can be beneficial and help us avoid making impassioned, biased decisions to change our portfolio based on short-term sentiment. While it can be difficult, it is important to do as Oppenheimer Funds suggests in their current advertisement and challenge impulse. 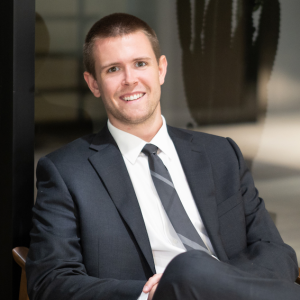