At first blush, it would seem that bonds are easier investments to evaluate than stocks. After all, bonds pay a set interest rate and generally repay your original investment after a set amount of time. However, the issue with bonds is that risks tend to hide beneath the surface. A bond which has not exhibited any volatile behavior over several years can suddenly drop in value, catching unsuspecting investors off guard. As we invest in fixed income within portfolios, we try to be mindful of two risks in particular. They haven’t necessarily caused havoc in the bond markets yet, but they exist nonetheless.

This is covered in the next two graphs.

The first risk is the interest rate. This chart shows the interest rate that bond investors get in blue, and one of the measures of risk we use for bonds, called duration, in grey. The first takeaway is that the amount you get paid as a bond investor has been significantly lower for the last several years than at any point in the investing lives of this generation. The second takeaway is the amount of interest rate risk has shot up to a level we haven’t seen since the 1970s.

Moreover, we’ve never seen such a poor risk and return trade-off between these two measures before. Therefore, it’s a tough time to be a bond investor, but you need to have bonds in your portfolio to provide stability against stocks. This is a big reason why we’ve shifted into non-traditional assets over the past several years; essentially all of those investments came from selling bonds.

The second outlying risk in fixed income is the retreat of market makers from the fixed income markets. We see that the amount of corporate debt owned by investors, in blue, has chugged along over the past two decades, which makes sense because the world grows and so should the amount of debt and equity assets. That’s not really the big point here, but it provides good context for just how small the other part of this graph has become. The grey bars have all but disappeared since the aftermath of the 2008 financial crises. These grey bars are dealer inventory. They represent the amount of bonds that investment banks are willing to hold and trade in order to provide liquidity for investors who need to buy and sell.

Before 2008, if a fixed income mutual fund were faced with large withdrawal requests, the fund manager had several trade desks at banks it could call up and say “I need to sell these bonds,” and those trade desks would buy those bonds at pretty close to their current price. You had the ability to sell, even if there wasn’t another investor who wanted to buy the bonds at that moment. The bank would buy them from you and stash them away for a day when someone else might call and want to buy them.

Regulations that followed the banking crises took that ability away. Essentially, regulators made it impossible for banks to continue that business model so, unsurprisingly, the banks shut down most of their trading desks, and there really isn’t a function for investors to sell bonds without a ready buyer in the markets today.

If you need to sell a bond today at a given price level and there isn’t another actual investor who is looking to buy it, then you’re going to need to drop your price, perhaps significantly.

People don’t realize this is an issue because we haven’t had a significant downturn since 2008. Faced with a situation where everyone is trying to get their money out of risky bonds, there aren’t many places for those funds to turn in order to sell. The only solution is a reverse-bidding war where bond investors are dropping the price at which they’re willing to sell, hoping it entices one of the rare investors, out there at that moment, who has the cash to take it off their hands at a big discount. When someone sells a risky bond at a big discount, that bond causes losses for other bond funds holding the same bond. In turn, investors may want to redeem out more, creating more selling, and a bad feedback loop ensues.

Now, this isn’t to say this exact situation is going to happen, but people need to realize the possibility going into the next economic downturn. There are dynamics at play in the current bond market that are different than in past recessions. You can’t just use the old rulebook for bonds and think it’s going to provide the same results as the past.

In contrast with what we own in portfolios, this demonstrates why we’ve invested in private debt. Private loans, which are senior in the capital structure (e.g., conservative), are not traded; consequently they are not subject to that same potential feedback loop, nor are they subject to much duration risk because they are floating rate. As a result, within our traditional fixed income, that is why we own more conservative fixed-income funds, which hold bonds that are more liquid and more defensive, even if they don’t pay as high of an interest rate.

Indeed, risks are always easier to identify in hindsight, but we believe these risks should always be front and center for forward-thinking bond investors. 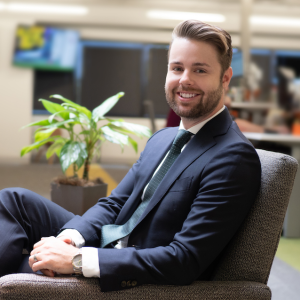