What Role Should Gold Play in Your Portfolio?

What Role Should Gold Play in Your Portfolio?

“Market bubbles don’t grow out of thin air. They have a solid basis in reality, but reality as distorted by a misconception.”
George Soros

One of the hottest topics of the past few years has been the meteoric rise of the price of gold. Over the last 10 years, the price of gold has risen from $300 per ounce to nearly $1,900 per ounce, reflecting an almost 20% annualized gain. Compare this to the near 0% annualized (price) return of the S&P 500, and one can see why the gold discussion has been front and center.

Almost all investments are productive assets. What this means is that they “produce” something; a product, a service, a dividend, or a yield. Shares of stock in publicly traded companies increase in value as the company continues to produce. Rates of return on fixed income are determined up front and pay an agreed upon coupon. Real estate has the potential to increase in value and produce rental income. Gold, however, along with most commodities, does not produce anything.

Perhaps Warren Buffett put it best. Nine months ago, Ben Stein asked Warren Buffett whether gold was in a bubble, and the Oracle of Omaha rhetorically responded, “Would you rather have a 67-foot gold cube made of all the bullion in the world, or all the farmland in the US, ten Exxon Mobils (XOM), and $1 trillion in walking around money? Because the price is about the same.” Buffett’s point was simple: Gold is not a productive asset. It just sits. Its value is entirely dependent on the emotions of buyers and sellers.

If we believe that investments are productive and generate a return based on their capability to produce, then we can conclude that gold does not qualify as an investment. So if it is not an investment, what is it?

Often when people refer to gold, they call it “a store of value”. Given that the metal has been around for thousands of years, has many uses (including currency), and is very difficult to destroy, this is an accurate definition. Gold will always have some value in one form or another. Although the focus has lately been on gold as a financial asset, the reality is that more than two-thirds of all the gold in the world is used in jewelry, electronics, medicine, aerospace, and various other areas. Its value, like all commodities, is therefore less dependent on its role as a store of value or financial asset, and more on supply and demand.

How then, can we explain the rise in the price of gold over the last 10 years, especially as supply continues to increase due to more productive mining around the world? If two-thirds of demand is non-financial in nature, could real demand have driven the price up 500% in 10 years? No, the answer is that gold, like all assets, is subject to speculation and its price can be affected by non-financial factors.

What gold has become to most people is an emotional safe haven. Gold’s rise in price coincides with the continuing fear that the U.S. financial system is at risk, and that a possible outcome is a complete destruction of the U.S. dollar and fiat currency in general. Most recently, gold reached new highs as the current administration struggled to come together on a plan to raise the debt ceiling, and the U.S. subsequently lost its AAA debt rating. However, as we have mentioned in previous communications, investment fundamentals have not changed. The real supply and demand dynamics for gold have not changed either. What’s left is the one factor truly affecting the price of gold, and that is emotion.

In order for this point to be valid, we have to conclude that the risk of complete U.S. dollar destruction is close to zero. Here are a few relevant facts that support this:

3. If the U.S. dollar becomes worthless, all the non-U.S. holders of that $9 trillion dollars in sovereign debt are going to want something for their money. It logically can’t be gold, because what’s available only amounts to $1.8 trillion dollars.

4. The biggest caveat to gold’s inability to replace the U.S. dollar: the U.S. government is the largest owner of gold in the world, with nearly 9,000 tonnes in central bank reserves. If gold replaces the U.S. dollar, the U.S. will still be the richest country in the world.

The reality is that our global financial system has become too large and complex to permit gold to be a possible solution to any monetary problem in the future. There simply isn’t enough of it around, and it is too difficult an asset to exchange. For the common investor who wants to hold physical gold, it’s estimated that nearly 10% of value is lost in transaction and storage costs. A scenario where the U.S. dollar becomes worthless is almost impossible, and a more likely outcome would be some other foreign currency or basket of currencies replacing the dollar as the global reserve currency instead of gold.

So what role should gold play in an investor’s portfolio? At Miller/Russell, we believe that gold does not make sense as a stand-alone investment for our clients. We do believe, however, that gold should be part of a diversified basket of commodities. Most of our clients have 3-5% of their portfolio in commodities via funds that track the Dow Jones/UBS Commodities Index. Within that index is a 12-13% allocation to gold. We believe an allocation to commodities adds value to our portfolios, as commodities have historically done an adequate job of hedging inflation and also offer diversification to a traditional stock and bond mix. Furthermore, assuming global population continues to increase and drive resource demand, we expect a long-term positive return from commodities as demand outstrips supply. Any return beyond true economic factors is pure speculation, for commodities in general and gold specifically. As Buffett again says,

Right now, fear is high. It is quite possible it will go higher, and the price of gold may continue to rise. However, the U.S. has been through financial crises in the past, as has the rest of the world. At Miller/Russell, we are optimistic that the U.S. will recover, fear will subside, and the global economy will improve. When that occurs, those who were heavily investing in the so called “emotional safe haven” of gold may see prices return to normalized levels, reflecting a very risky scenario that we do not find suitable for our clients. 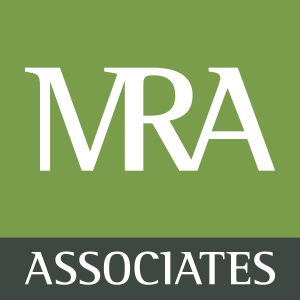